Página 106
I gave him two purses of two hundred spruge each , and promised , when we
arrived in Eng land , to make him a present of a cow and a sheep . I shall not
trouble the reader with a particular account of this voyage , which was very
prosperous ...
Página 146
... and could not endure I should be out of her sight , being admitted , confirmed
all that had passed from my arrival at her ... a piece of clock - work ( which is in
that country arrived to a very great perfection ) , contrived by some ingenious
artist .
Página 341
On the 10th of April , 1710 , we arrived safe at Amsterdam , having lost only three
men by sickness in the voyage , and a fourth , who fell from : " he foremast into
the sea , not far from the coast of Guinea . From Amsterdam I soon after set sail
for ... 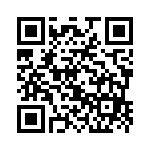