Pßgina 129
the girl was complaisant enough to make the bearers stop , and to take me in her
hand , that I might be more conveniently seen . I was very desirous to see the
chief temple , and particularly the tower belonging to it , which is reckoned the ...
Pßgina 206
The subject of comets very much engaged the attention of the learned men of
Swift ' s time , as will be seen by a reference to the transactions of the Royal
Society , in which there are many papers upon them , and details of observations
made ...
Pßgina 323
lor that the two Yahoos , said to be seen first among them , had been driven
thither over the sea ; that coming to land , and being forsaken by their
companions , they retired to the mountains , and degenerated by degrees ,
became in process of ... 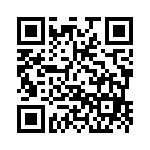