John Owen (1616-1683) was an early Puritan advocate of Congregationalism and Reformed theology. Educated at Queen's College, Oxford, he served under the Puritan government of Oliver Cromwell as personal chaplain to Cromwell and later as vice-chancellor of Oxford. A contemporary of John Bunyan, Owen's extensive body of work includes some twenty-eight books on theological and devotional themes. His later years were spent in pastoral ministry where he served as the leading spokesman for the Protestant Nonconformists. 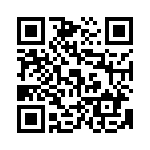