Página 289
At Ki , ' 1873 , tom . xi . , there was in Hida the so - called White Rice Castle , which name , the Lancaster , in 1817 , four men were hanged legend says , took its origin in its occupant , at the same time for the murder at Pendleton ...
Página 357
Will over , the Ricinus , sometimes called the you please permit me to thank your valued Pentadactylus , is infested by parasites that correspondent C. C. B. at last reference for batten on its branches . Niebuhr mentions his kindly ...
Página 413
The mystery death , called to his bedside two women , to whom attaching to the origin of Major Charles he confessed that he was the perpetrator of the Marsac , or Marsack , and how he was able murder committed at the house of Mr. 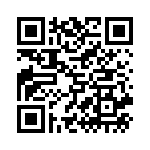