Página 25
For a time , then , the French Communists found themselves in a situation which ,
by all known rules of the book , must have appeared as rank party heresy : on the
one hand , Communist ministers approved of a governmental policy which the ...
Página 332
Basically , these peripheral questions , so often addressed to the “ old Indochina
hand , ” hide one question no one wants to ask : “ All these things happened to
the French , of course , and they lost the war , finally . Can it happen to us ?
Página 333
In fact , many of the old hands go to Viet - Nam today for no other reason than to
find an answer to that question . Such was the case of the French writer Jean
Lartéguy , who recently published a book on his experiences with the American ... 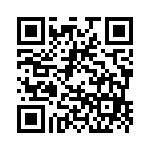