Lawrence Baum is professor of political science at Ohio State University. He is a student of judicial politics, with a primary interest in explanation of judicial behavior. His previous books include include American Courts, The Supreme Court, and The Puzzle of Judicial Behavior. 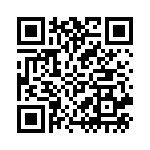