If only we had people who cared like this lady did she was beautiful human. Leer comentario completo

Eleanor Roosevelt, October 11, 1884 - November 7, 1962 Eleanor Roosevelt was born in New York City on October 11, 1884, to Anna Hall and Elliott Roosevelt. Her mother died in 1892, and she and her brother went to live with Grandmother Hall. Her father died only two years later. She attended a distinguished school in England when she became of age, at 15. She met and married her distant cousin Franklin, in 1905. In Albany, Franklin served in the state Senate from 1910 to 1913, and Eleanor started her career as political helpmate. She gained a knowledge of Washington and its ways while he served as Assistant Secretary of the Navy. When he was stricken with polio in 1921, she tended him and became active in the women's division of the State Democratic Committee to keep his interest in politics alive. He successfully campaigned for governor in 1928 and eventually won the Presidency with Eleanor by his side. She was the longest-serving First Lady of the United States, holding the post from March 1933 to April 1945 during her husband President Franklin D. Roosevelt's four terms in office. When Eleanor came to the White House in 1933, she understood social conditions better than any of her predecessors and she transformed the role of First Lady. She never shirked official entertaining. She broke precedence to hold press conferences, traveled to all parts of the country and give lectures and radio broadcasts, and also wrote a daily syndicated newspaper column, "My Day." After the President's death in 1945 she returned to a cottage at his Hyde Park estate. Within a year, however, she became the American spokeswoman in the United Nations. She continued her career until her strength began to wane in 1962. She died in New York City that November, and was buried at Hyde Park beside her husband. 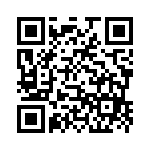