Our bodies, our crimes: the policing of women's reproduction in America

Jeanne Flavin is Associate Professor of Sociology and Anthropology at Fordham University and co-editor of Race, Gender, and Punishment: From Colonialism to the War on Terror. She is also a member of the board of directors for National Advocates for Pregnant Women (NAPW), a non-profit organization which protects the civil rights of women. Proceeds from this book will be shared with NAPW. 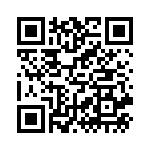