Página 9
... in which both parties conceded something ; and that though in strict law it is
repealable , yet , in honor , good faith and morals , it is as much a compact as
drawn on parchment , under the hand and seals of the people of the North and
South .
Página 43
After having arisen , he generally placed his hands behind him , the back of his
left hand in the palm of his right , the thumb and fingers of his right hand clasped
around the left arm at the wrist . For a few moments he displayed the combination
...
Página 50
On the other hand , it was equally as dangerous to refuse a speech for the
Abolitionists . I did not know how he felt on the subject , but on learning that
Lovejoy intended to approach him with an invitation , I hunted up Lincoln and
urged him to ...

The Kansas-Nebraska Act, passed on May 30, 1854, was “one of the most explosive congressional statutes of American history” according to Lewis Lehrman, whose new book focuses on Lincoln’s reaction to ... Leer comentario completo

Lincoln at Peoria: the turning point: getting right with the Declaration of Independence

In this careful, balanced look at Abraham Lincoln's stirring 1854 Peoria, Ill., speech, writer and historian Lehrman finds a "prelude to greatness" that put the little-known lawyer and politician on ... Leer comentario completo

Lewis E. Lehrman is dedicated to reviving the teaching of American history in its schools and colleges. Mr. Lehrman has written and lectured widely on American history and economics and has written for publications such as Harper's, the Washington Post, the New York Times, the Wall Street Journal, National Review, the New York Sun, and Policy Review. He also writes for the Lincoln Institute, which has created award-winning websites on the sixteenth president. With Richard Gilder, Mr. Lehrman built the Gilder Lehrman Collection of original historical manuscripts and documents to teach American history from primary sources, now on deposit for public access at the New-York Historical Society. He was presented the National Humanities Medal at the White House in 2005 for his work in American history and is a member of the Advisory Committee of the Abraham Lincoln Bicentennial Commission and the Lincoln Forum. 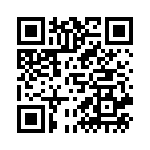