Página 72
The understanding endures that the genuinely free man is one who lives in
accordance with truth and justice , so that liberty , law , reason , and revelation
are interrelated symbols of order that cannot be separated from one another .
Página 113
equating with Reason , Justice , and God . This standard lies behind Cicero ' s
and Augustine ' s maxim that “ An unjust law is no law at all ” and behind the
ready agreement of the founders that “ We must obey God rather than men ” (
Acts 5 ...
Página 156
OH1 , 222 ; OH5 , 18 ) With respect to the core meaning of reason , then ,
Voegelin summarizes matters from the philosophers ' perspective in the following
remarkable language : “ Reason " did not exist in language in the history of
mankind ...

Ellis Sandoz, Hermann Moyse Jr. Distinguished Professor of Political Science, is Director of the Eric Voegelin Institute for American Renaissance Studies at Louisiana State University. He is the general editor of Voegelin's History of Political Ideas and author or editor of numerous books, including A Government of Laws: Political Theory, Religion, and the American Founding. 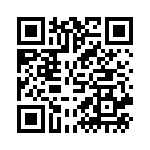