Apparently doomed to an obscure Anglican parsonage in Laracor, Ireland, even after he had written his anonymous masterpiece, A Tale of a Tub (c.1696), Swift turned a political mission to England from the Irish Protestant clergy into an avenue to prominence as the chief propagandist for the Tory government. His exhilaration at achieving importance in his forties appears engagingly in his Journal to Stella (1710--13), addressed to Esther Johnson, a young protegee for whom Swift felt more warmth than for anyone else in his long life. At the death of Queen Anne and the fall of the Tories in 1714, Swift became dean of St. Patrick's Cathedral, Dublin. In Ireland, which he considered exile from a life of power and intellectual activity in London, Swift found time to defend his oppressed compatriots, sometimes in such contraband essays as his Drapier's Letters (1724), and sometimes in such short mordant pieces as the famous A Modest Proposal (1729); and there he wrote perhaps the greatest work of his time, Gulliver's Travels (1726). Using his characteristic device of the persona (a developed and sometimes satirized narrator, such as the anonymous hack writer of A Tale of a Tub or Isaac Bickerstaff in Predictions for the Ensuing Year, who exposes an astrologer), Swift created the hero Gulliver, who in the first instance stands for the bluff, decent, average Englishman and in the second, humanity in general. Gulliver is a full and powerful vision of a human being in a world in which violent passions, intellectual pride, and external chaos can degrade him or her---to animalism, in Swift's most horrifying images---but in which humans do have scope to act, guided by the Classical-Christian tradition. Gulliver's Travels has been an immensely successful children's book (although Swift did not care much for children), so widely popular through the world for its imagination, wit, fun, freshness, vigor, and narrative skill that its hero is in many languages a common proper noun. Perhaps as a consequence, its meaning has been the subject of continuing dispute, and its author has been called everything from sentimental to mad. Swift died in Dublin and was buried next to his beloved "Stella. 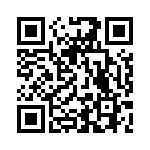