I appreciate the concern which is been rose. The things need to be
sorted out because it is about the individual but it can be with
everyone.<a href="http://worldtravelfrance.com" rel="dofollow">World Travel France</a>

Página 353 - Chronic wrongdoing, or an impotence which results in a general loosening of the ties of civilized society, may in America, as elsewhere, ultimately require intervention by some civilized nation, and in the Western Hemisphere the adherence of the United States to the Monroe Doctrine may force the United States, however reluctantly, in flagrant cases of such wrongdoing or impotence, to the exercise of an international police power.
Aparece en 901 libros desde 1803-2008 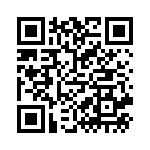