Página 154
That is probably all the most important 1902 , amongst many other “ literature on the subject of the opinions of Latin text containing the legend that PERI wants Charles Dickens given by prominent men to trace is of the eleventh or ...
Página 324
This , I suppose , refers Emperor Charles V. , dated 6 Jan. , 1534 , to to censorship as to whether a book was Petrus Apianus , concerning his Inscrip- morally and politically fit for publication . tiones Sacrosanctć Vetustatis ...
Página 461
Forster , Mr. Frank Beard , Mr. Charles LONDON , SATURDAY , JUNE 15 , 1912 . Collins , Mr. Ouvry , Mr. Wilkie Collins , and Mr. Edmund Dickens . Fourteen mourners are mentioned , but the names of only CONTENTS . - No . 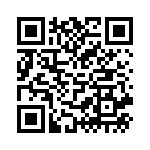