Página 116
( It is probable that Jocosa was the daughdaughter and coheir of John Browne , styled ter of a second wife , another Anne Carew , but " “ Master of Awnay , " which Annabella afterwards this is not very clear . ) married Capt .
Página 217
Steele that the Cunninghame ( Governor of the Barbadoes , 1780 , identity of his wife with Anne Woodville is very and brother to Lord Rossmore ) , who , I have doubtful . As he married a second wife , Elizabeth always heard , was one of ...
Página 335
-As HERMENTRUDE observes , the identity of “ St. George's Chapel , Hyd Park Corner , " have Anne , first wife of William , Viscount Bourchier , been published by the Harleian Society , and were with Anne Woodville , wife of George Grey ... 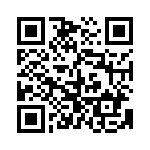