Hi, Dear
I am amazon, google and any review writer and review poster, if you need (Low rate) any reviews, Please contact with me on the ways.... E-mail - FARUK730@GMAIL.COM
Skype Id- FARHAD1418
Cell Number-008801823591544
For example - https://www.fiverr.com/papiyasen/post-awesome-google-review

Professor David Gray Carlson teaches commercial law and bankruptcy at Benjamin N. Cardozo School of Law, Yeshiva University, New York. He was contributing editor of Hegel and Legal Theory (1991), a collection of essays based on Hegel's Philosophy of Right; and co-editor of Deconstruction and the Possibility of Justice (1992) and Law and the Postmodern Mind: Essays on Psychoanalysis and Jurisprudence (1998). Carlson received his B.A. (1974) from University of California, Santa Barbara and his J.D. (1977) from Hastings College of Law, University of California. He was editor-in-chief of Hastings Law Journal. 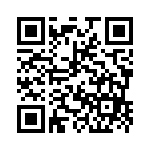