i like pictoure on fronte? no pictoure in boke make its hard to raed

good but like at the same I can't read good. also no pictures which bad

Joseph Conrad (1857-1924) was fluent from birth in French as well as his native Polish. He learned his third language, English, as an adult, and it was in English that he wrote his evocative stories and novels. Conrad drew upon his experiences in the British and French navies to portray the struggles of humanity amid the world's vast indifference. 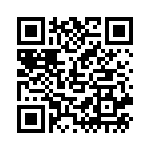