John Milton Hay was born in Salem, Indiana on October 8, 1838. He graduated from Brown University in 1858, studied law with an attorney in Springfield, Illinois, and became licensed to practice law in 1861. While living in Springfield, he became good friends with Abraham Lincoln. When Lincoln was elected President of the United States in 1860, Hay became his personal secretary. Shortly before Lincoln's assassination, the president appointed Hay to the United States embassy in France. Hay spent the next several years performing various diplomatic assignments in France, Austria, and Spain. He resigned from government service in 1870. During the early 1870s, Hay became an editor for the New York Tribune. He also published a volume of poetry and a personal recollection of his time in Spain. In 1879, President Rutherford B. Hayes appointed Hay assistant secretary of state. He resigned this position in 1881. He spent the next fifteen years writing numerous books including a ten-volume biography of Abraham Lincoln co-written with John Nicolay. In 1897, President William McKinley appointed Hay to be the United States ambassador to Great Britain. The following year, Hay became the Secretary of State. During his term in office, Hay took the lead in negotiating an end to the Spanish-American War, implemented the "Open Door Policy," which called for free trade for Western powers with China, and negotiated the Hay-Pauncefote Treaty, which granted the United States control of the Panama Canal Zone and the authority to construct the Panama Canal. He died on July 1, 1905. 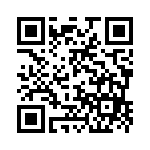