Henry Alford is the author of two acclaimed works of investigative humor--Big Kiss: One Actor's Desperate Attempt to Claw His Way to the Top and Municipal Bondage: One Man's Anxiety-Producing Adventures in the Big City. He has been a regular contributor to the New York Times and Vanity Fair, and a staff writer at Spy. He has also written for The New Yorker, GQ, New York, Details, Harper's Bazaar, Travel & Leisure, the Villiage Voice, and Paris Review.

Jules Verne was born on February 8, 1828 in Nantes, France. He wrote for the theater and worked briefly as a stockbroker. He is considered by many to be the father of science fiction. His most popular novels included Journey to the Center of the Earth, Twenty Thousand Leagues Under the Sea, and Around the World in Eighty Days. Several of his works have been adapted into movies and TV mini-series. In 1892, he was made a Chevalier of the Legion of Honor in France. He died on March 24, 1905 at the age of 77. 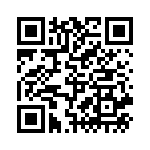