Página 80
AGE CLASSIFICATION OF MEMBERS OF THEIR EMPLOYEES AND
HOUSEHOLDS . In the table next presented the percentage of persons who were
within each age group is set forth by sex and by general nativity and race of head
of ...
Página 81
born show a larger proportion than the native - born within each specified age
group , except 14 and 15 years , 30 to 44 years , and 45 years or over . The
Armenian , North Italian , and Polish are the only races showing as high as 50
per cent ...
Página 82
Per cent of employees within each age group , by sex and general nativity and
race - Continued . TOTAL Per cent within each specified age group . General
nativity and race . Number reporting complete data . 14 to 20 to 24 . 25 to 29 . 30
to 34 ...
Página 83
years of age those whose fathers were born in Scotland show the highest
percentage , and of the employees who are 55 ... in the first two groups named
and the Poles and Russian Hebrews the lowest percentage in the last - named
group .
Página 110
A very small proportion of those from 20 to 29 years of age are married , while of
those from 30 to 44 years of age very ... 82.1 per cent , and the proportion who
are widowed is slightly increased over that shown in the previous age group .
Siguiente » 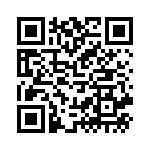