Ricardo the narrator tells his own life story, that of a Peruvian man eking out a modest living as an interpreter and translator who at least has succeeded in doing this in the city of his dream ... Leer comentario completo

This novel's first-person narrator is Ricardo Somocurcio, whom we accompany from his teenage years in 1950s Lima, when he dreams of settling down in Paris, throughout later decades when, his dream ... Leer comentario completo

Mario Vargas Llosa was awarded the Nobel Prize in Literature in 2010 “for his cartography of structures of power and his trenchant images of the individual’s resistance, revolt, and defeat.” Peru’s foremost writer, he has been awarded the Cervantes Prize, the Spanish-speaking world’s most distinguished literary honor, and the Jerusalem Prize. His many distinguished works include The Storyteller, The Feast of the Goat, Aunt Julia and the Scriptwriter, Death in the Andes, In Praise of the Stepmother, Conversation in the Cathedral, The Way to Paradise, and The War of the End of the World. He lives in London. 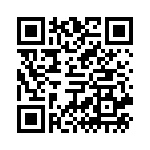