Gene Simmons was born a very poor Chaim Witz in Israel in 1949, and immigrated with his divorced mother to Brooklyn in 1958. Thrilled by comic books, The Ed Sullivan Show, and rock and roll, Simmons ultimately decided that people crave great rock and roll music and a great theatrical show. People crave excitement and escape from their everyday lives. This inspiration led Simmons to create the most enduring sound in rock music history.

Stanley Bert Eisen (born January 20, 1952), better known by his stage name Paul Stanley, is an American hard rock guitarist, musician, singer-songwriter and painter, best known for being the rhythm guitarist, co-lead vocalist and frontman of the rock band Kiss. He was born in Manhattan and attended the High School of Music & Art in New York City. He is of Jewish and German-Jewish ancestry; his mother was born in Berlin, Germany. He is the writer or co-writer of many of the band's highest-charting hits. Stanley established the "Starchild" character for his Kiss persona. He was inducted into the Long Island Music Hall of Fame in 2006. Hit Parader ranked him 18th on their list of Top 100 Metal Vocalists of All Time. Stanley's book, Face the Music: A Life Exposed, was on the New York Times bestseller nonfiction list in 2014. 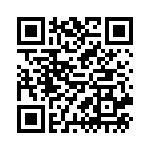