Eric Ripert is the co-author of the recently published "On the Line: Inside the world of Le Bernardin", and chef and part-owner of Le Bernardin, awarded four stars by "The New York Times", three stars by the Michelin Guide, and rated best restaurant in New York by Zagat. He is a frequent guest on such national shows as Bravo's "Top Chef", "Today", "Charlie Rose", "Martha", and Anthony Bourdain's "No Reservations". He has opened two new restaurants, 10 Arts in the Philadelphia Ritz-Carlton and Westend Bistro in Washington, D.C. You can watch Eric Ripert in action on his forthcoming television show "Avec Eric" and on his Web site, www.aveceric.com. 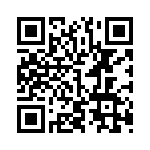